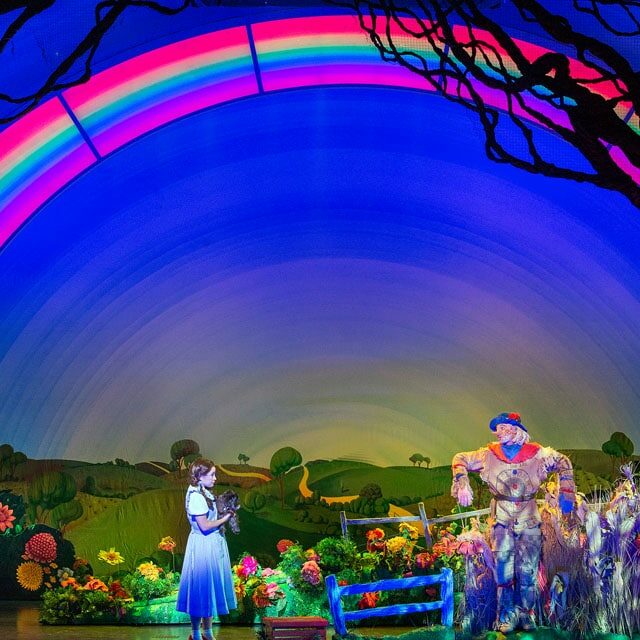 Le Magicien d’Oz is the story of a girl who gets caught up in a tornado and ends up in a magical kingdom. When Dorothy ends up in the magical land of Oz with her little dog Toto, she’s desperate to return home. The Wizard of Oz can help her, but it means she has to follow the dangerous Yellow Brick Road. On the way, she gets help from a scarecrow, a tin man and a cowardly lion.

The Wizard of Oz musical was first performed on stage back in 1975. The story is perfect for adaptation into an extravagant stage show with enchanting and colourful scenery and has attracted countless spectators from all over the world over the years.

If you’d like to know about how this project came into existence, read on!

Follow the Yellow Brick Road to a thrilling musical adventure

Producer Music Hall and promoter Musarm Productions brought this beautiful updated musical to Belgium and France by entering into a partnership with the American Troika Entertainment and shipping the entire set, props, costumes and wigs to Belgium. This French version was directed by Jeremy Sams, the renowned director of the original West End production. Madeline Paul was the associate director and the legendary Arlene Phillips was responsible for the choreography.

@Vision was hired as a Technical Director and Stage Manager and in this position responsible for all the logistics, the technical elaboration of the set in the rehearsal space and in the theatre and the general technical coordination and elaboration within the organisation of Music Hall, with the promoter, the original producer and the theatres. @Vision was also responsible for the general management during construction, rehearsals, performances and dismantling.

As a Technical Director, @Vision was responsible for all the logistics and the technical elaboration of the existing set.

The challenges posed by this production were, on the one hand, technical preparation in a short period of time and, on the other hand, arranging and fitting out proper rehearsal rooms in which the performance could be rehearsed in the full setting. The full set, with scenery, show deck, automation, props, costumes and wigs, came from the existing North American tour production and was shipped in 8 sea containers.

The AED Studio’s in Lint became our regular home base for quite some time. Besides the smaller rooms where we rehearsed without scenery or costumes, we also converted a studio into a immense rehearsal theatre. With an area of 3,000 m², a height of 22 metres and a total roof capacity of 20 tonnes, it gave us plenty of options.

We needed this area to convert the studio into a proper rehearsal theatre, with a stage, dressing rooms, wardrobe facilities and complete theatre tower with 20 moving flybars. The greatest challenge was also immediately posed by all the rigging and automation aspects. The performance was a classic musical production, with lots of painted drops and scenery that created different worlds. We actually used over 40 winches and zero-speed hoists to install this temporally fly system, which allowed us to hoist and change the full set of colourful drops and scenery pieces. The set also included a large show deck with built-in tracks and pulleys, where 5 winches automatically moved large pieces of scenery to and from the stage.

As a Stage Manager, I was responsible during the creation process for the smooth running of rehearsals, training and performances, both in the studios and on stage. Together with my stage management team, I worked closely with the director, choreographer and musical director and their assistants. As there were so many complex scene changes, extra time was spent with dry techs, where we practised every changeover in detail. In addition to regular rehearsals, there were also specific rehearsals for Toto, the dog, and automation training for the cast and crew. I monitored the safety of artists and crew during rehearsals and performances and where necessary took decisions to guarantee the show would run smoothly at all times.

Are you also working on a complex project and looking for someone who can create innovative solutions for your creative ideas? Please don’t hesitate to contact me! 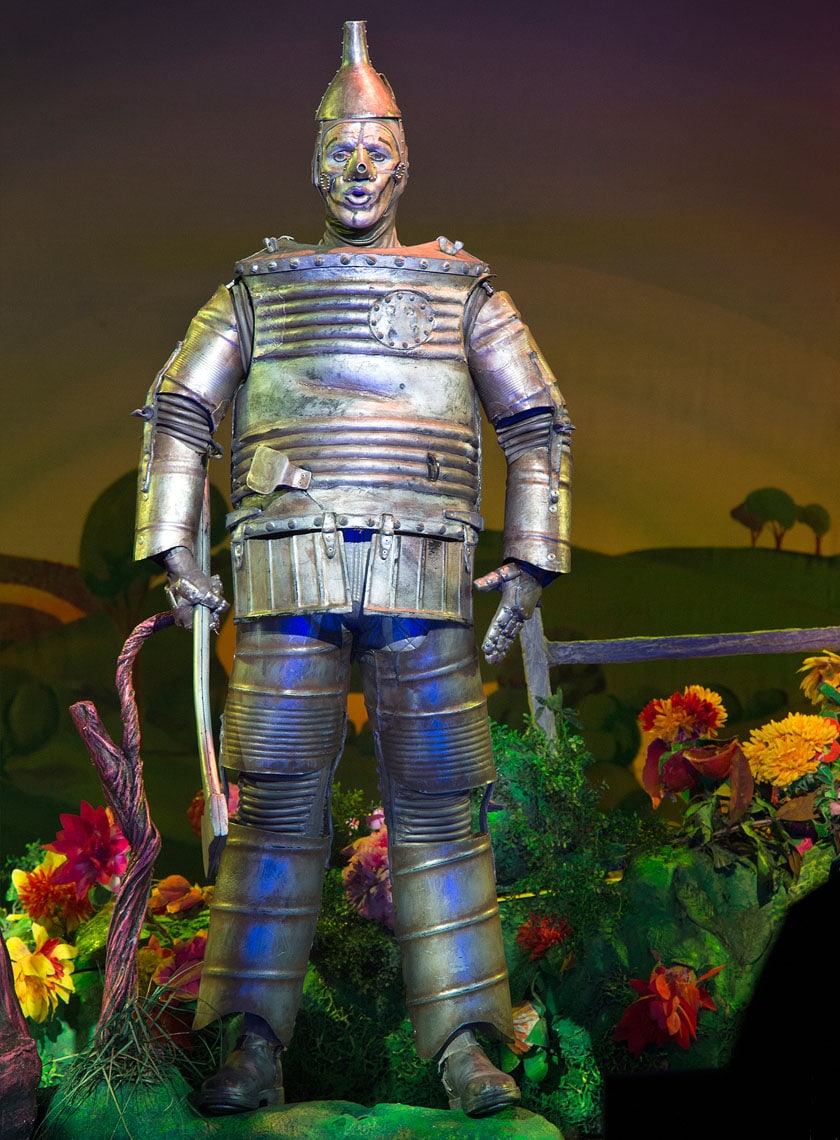 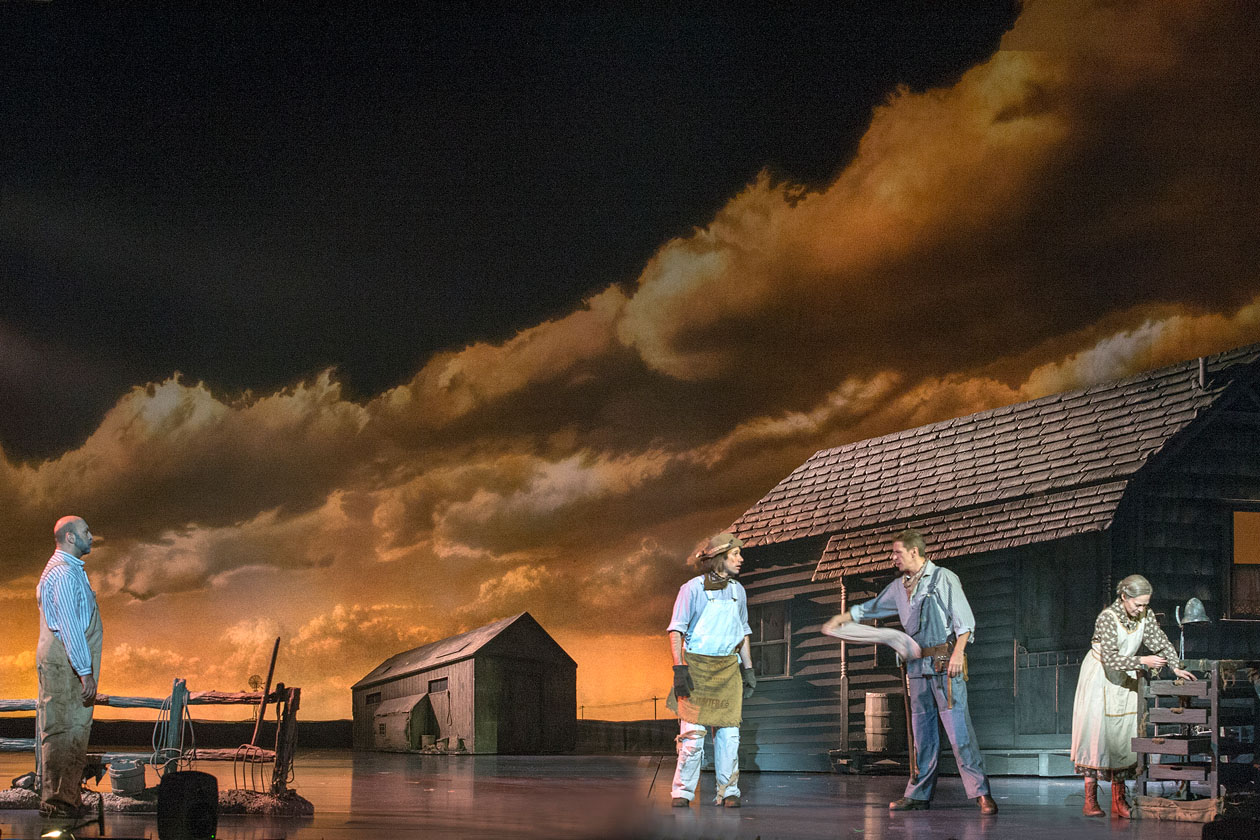 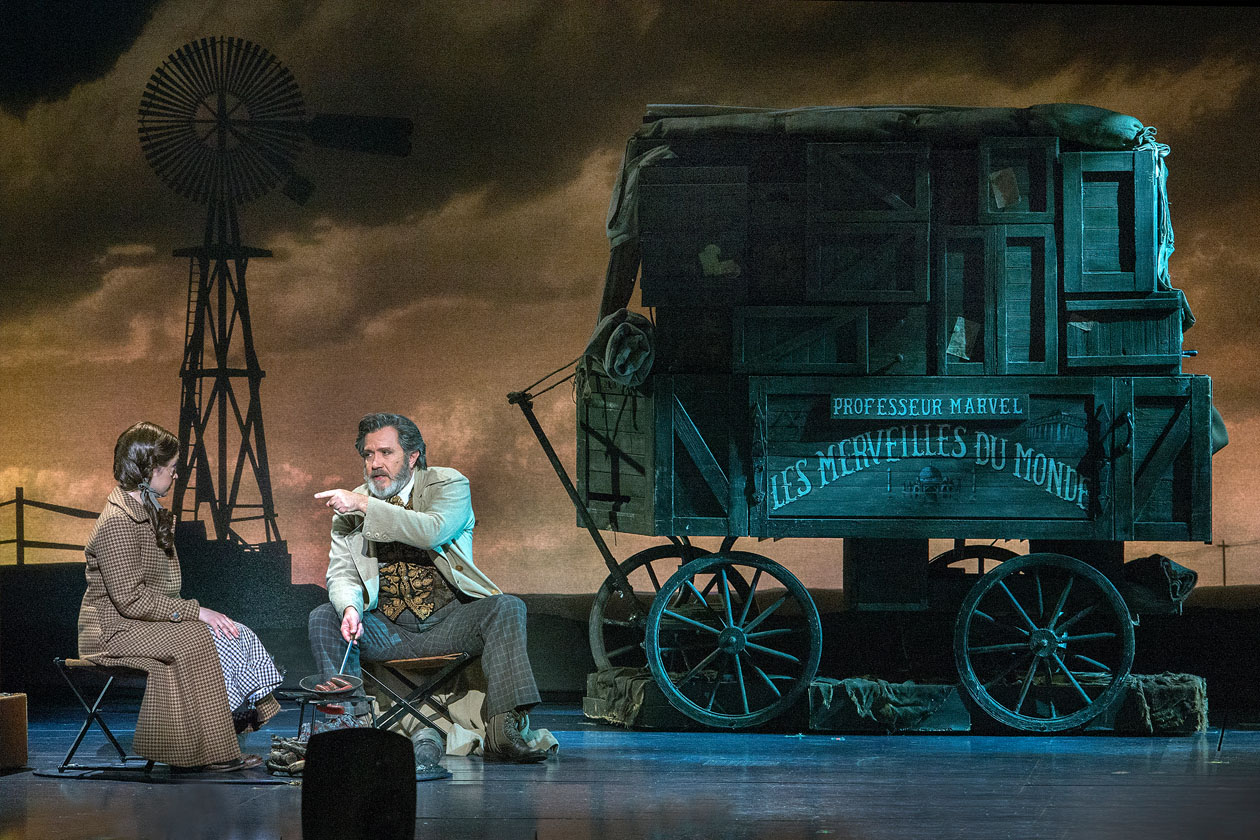 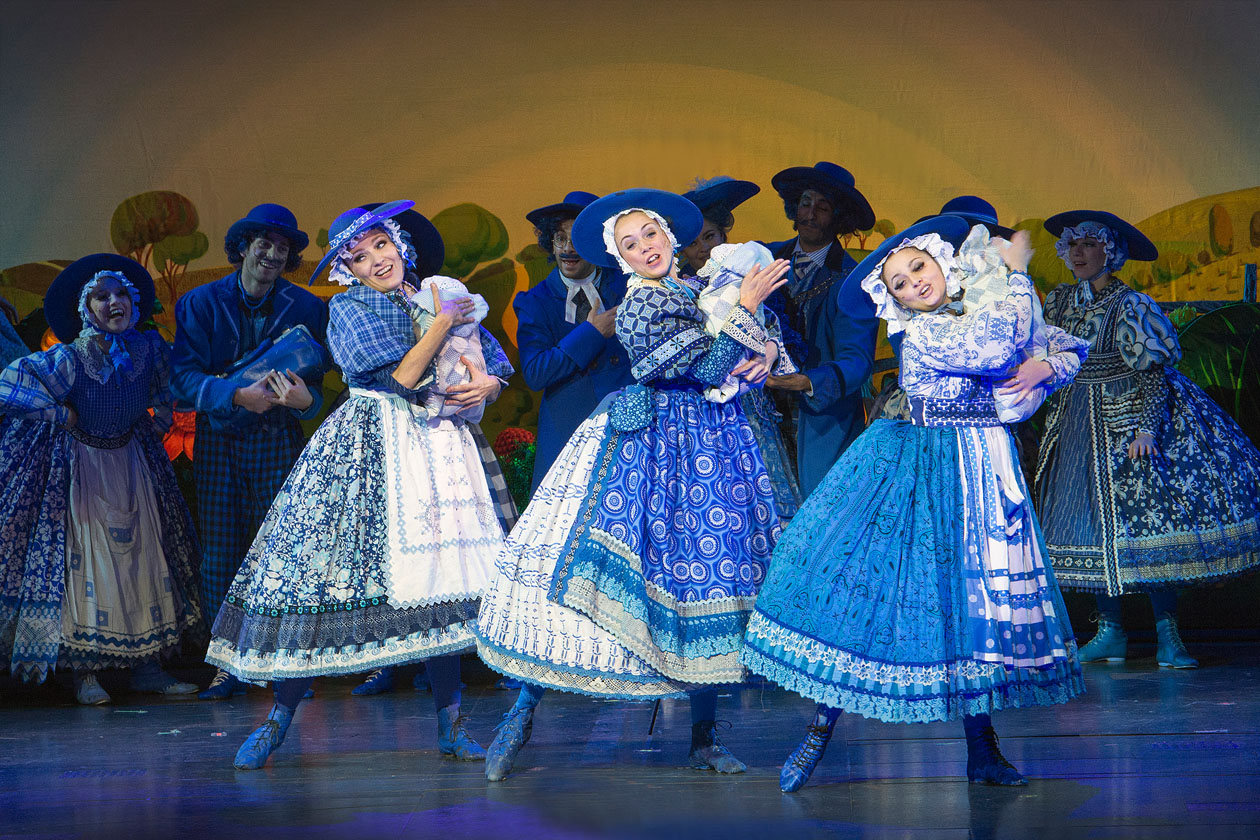 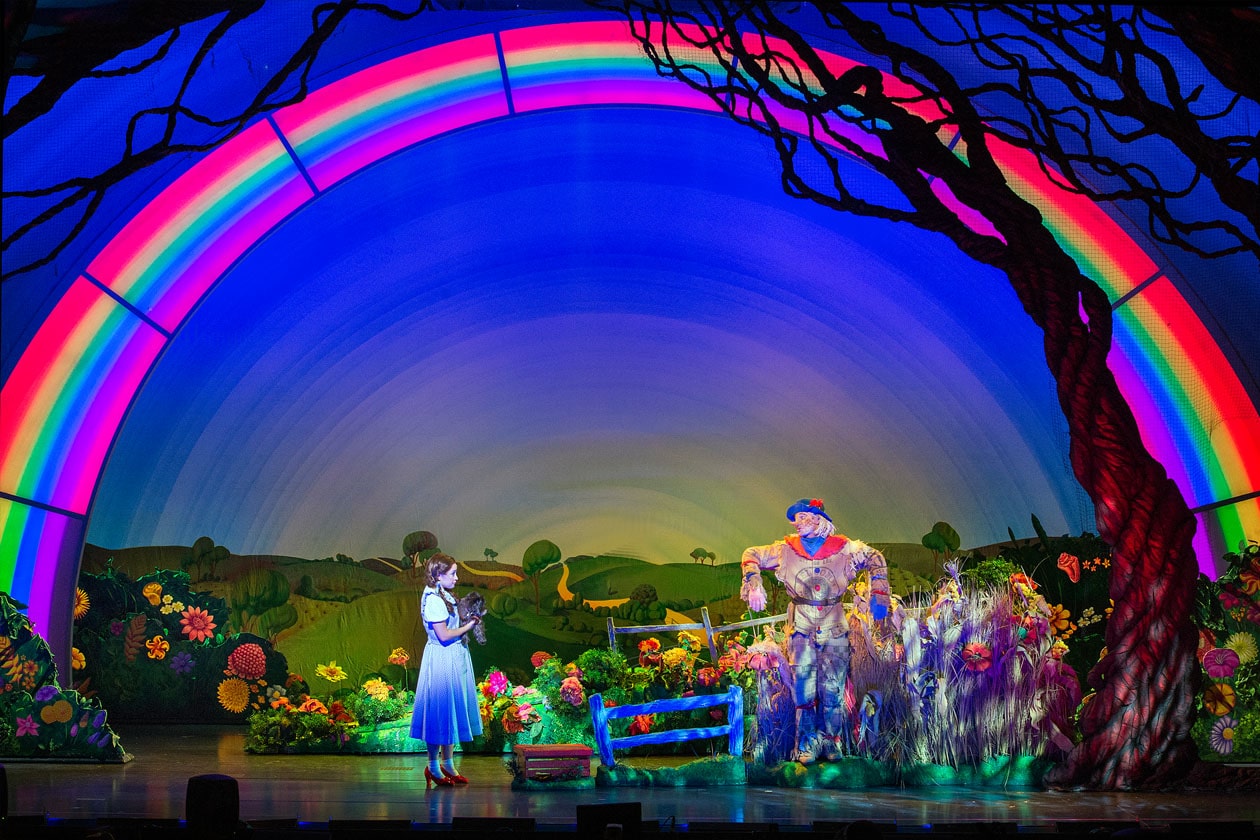 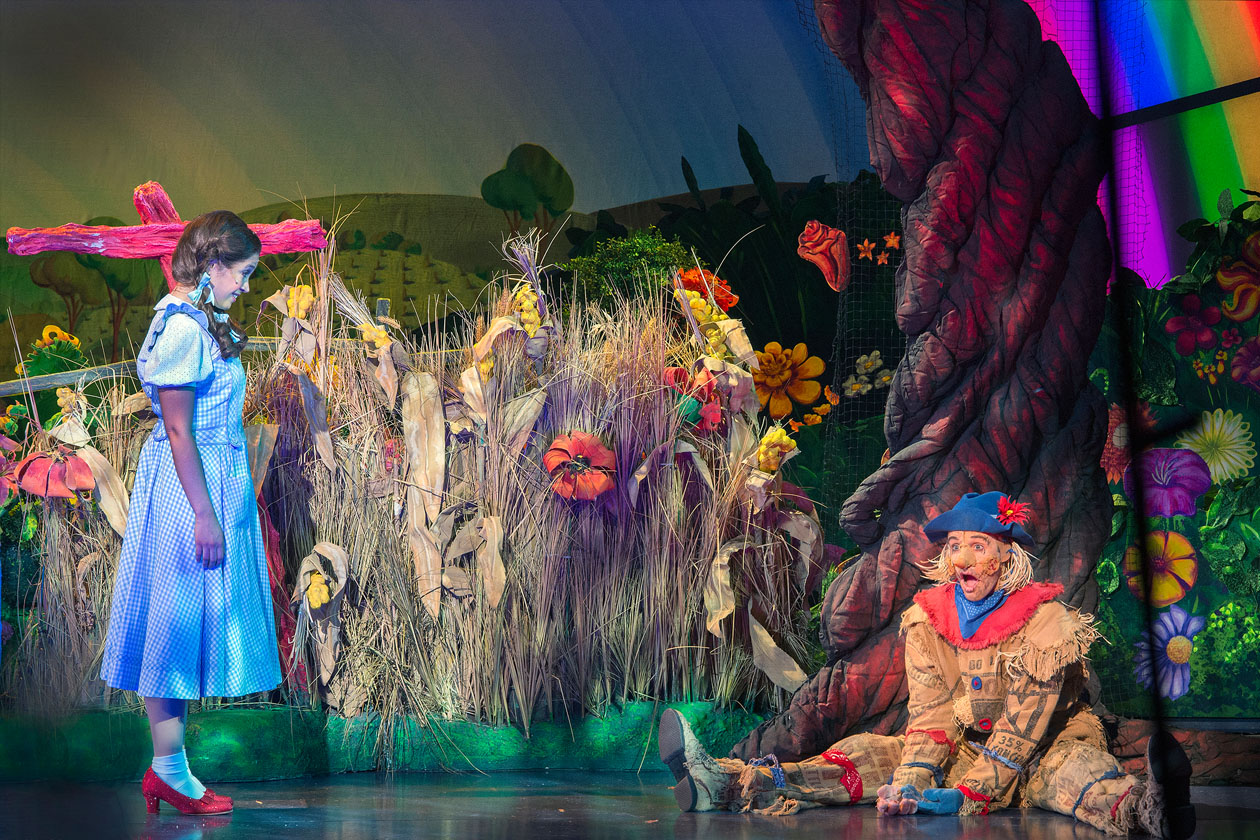 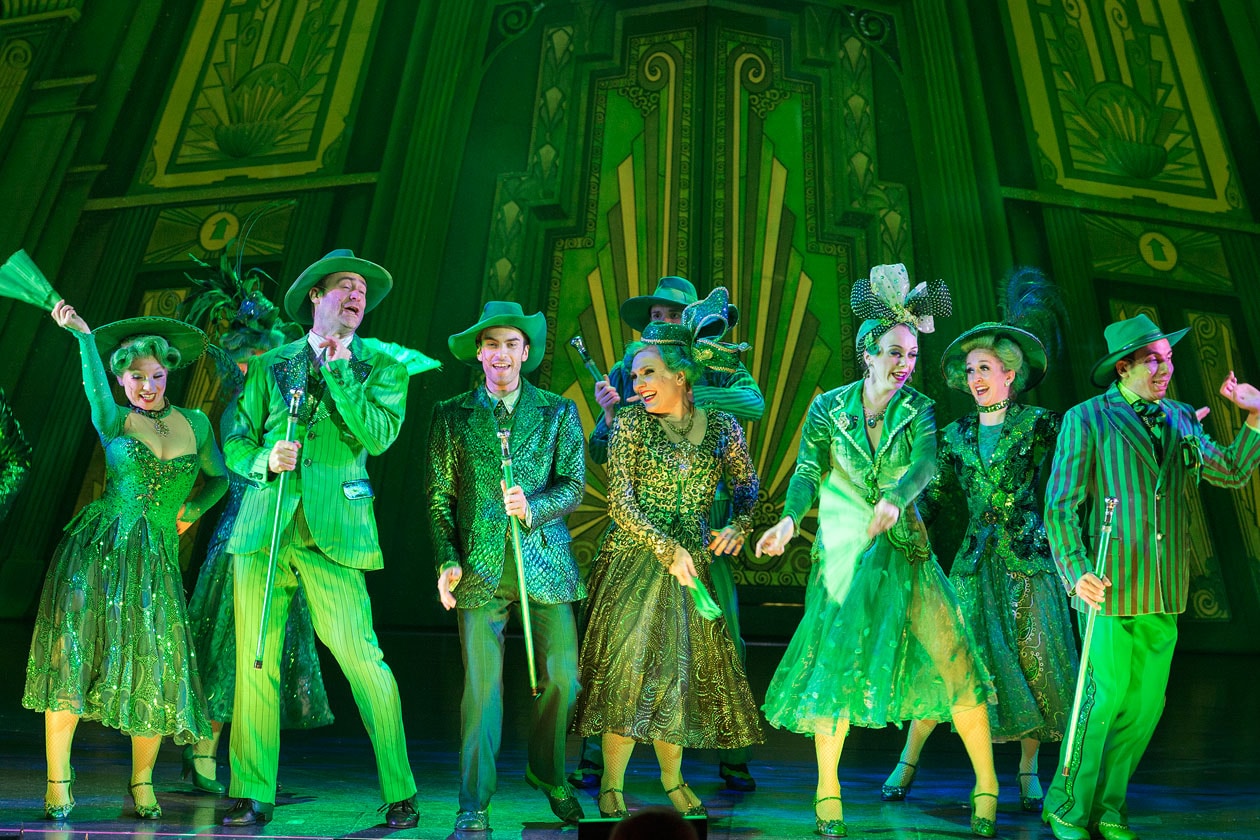 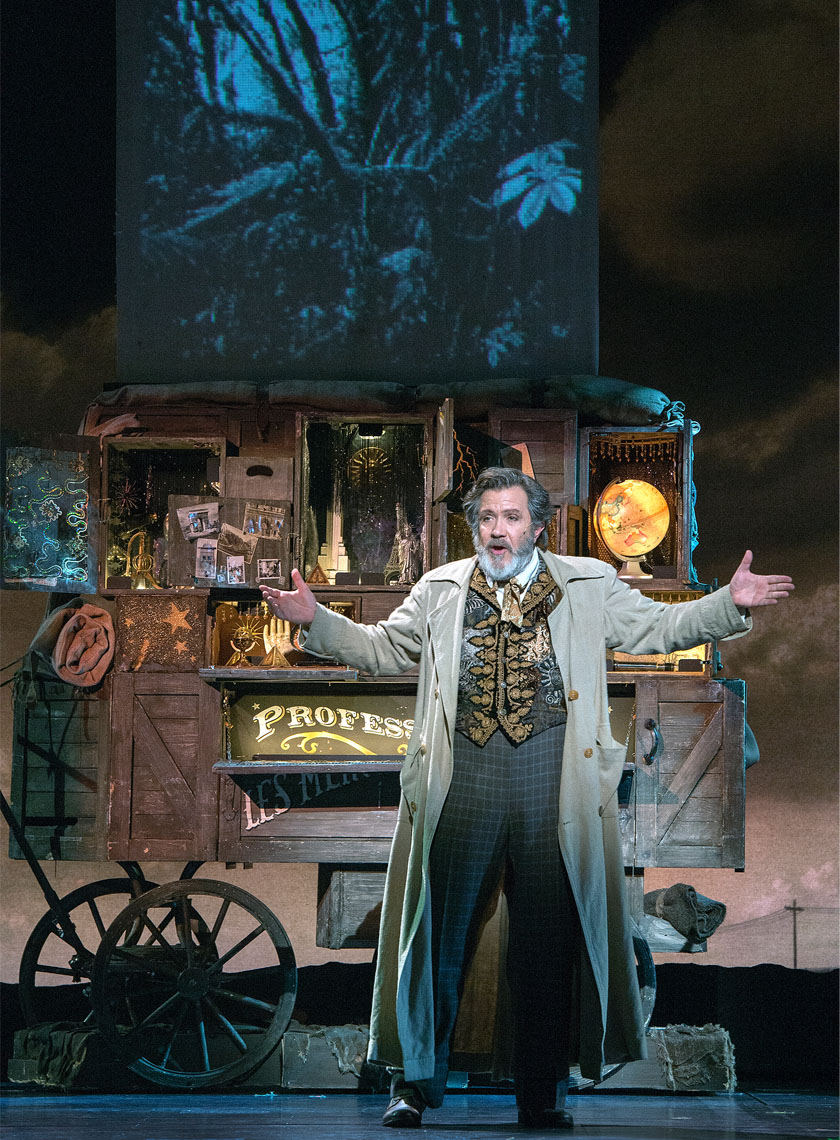 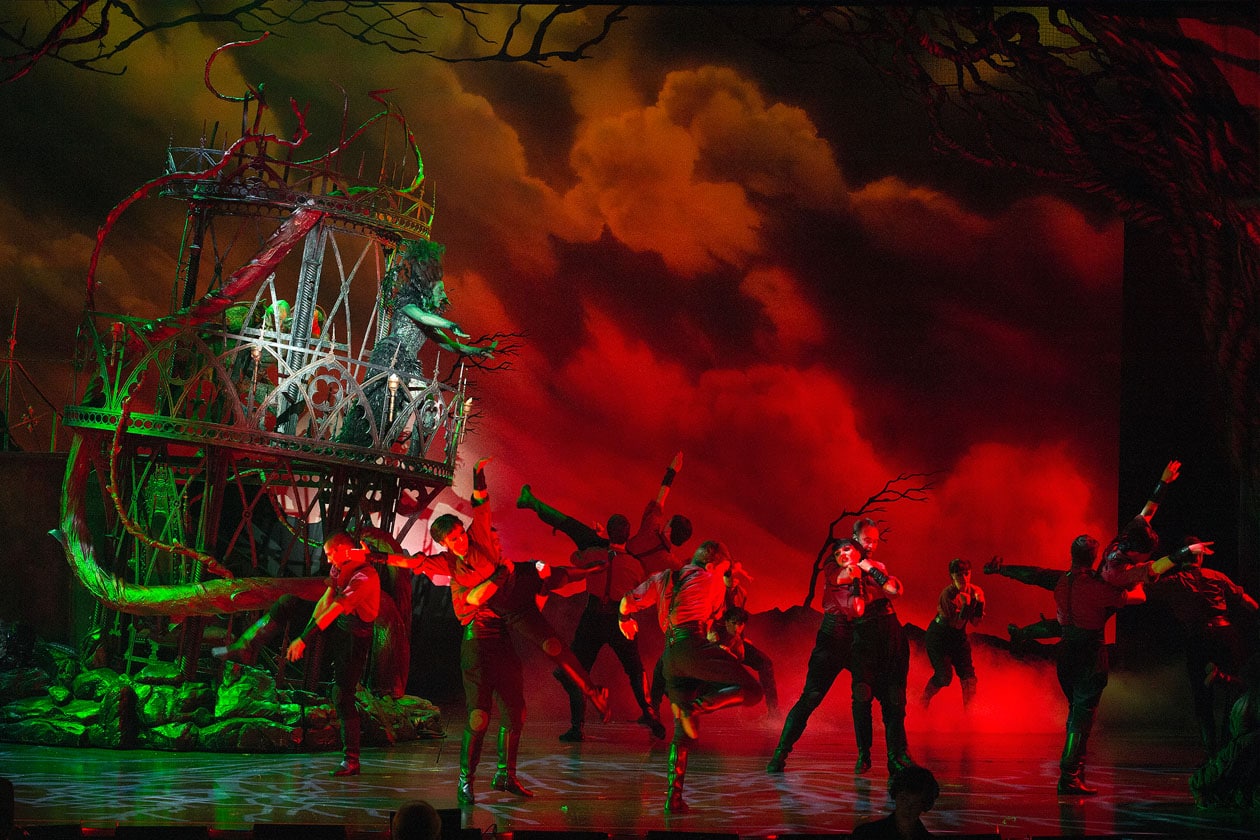 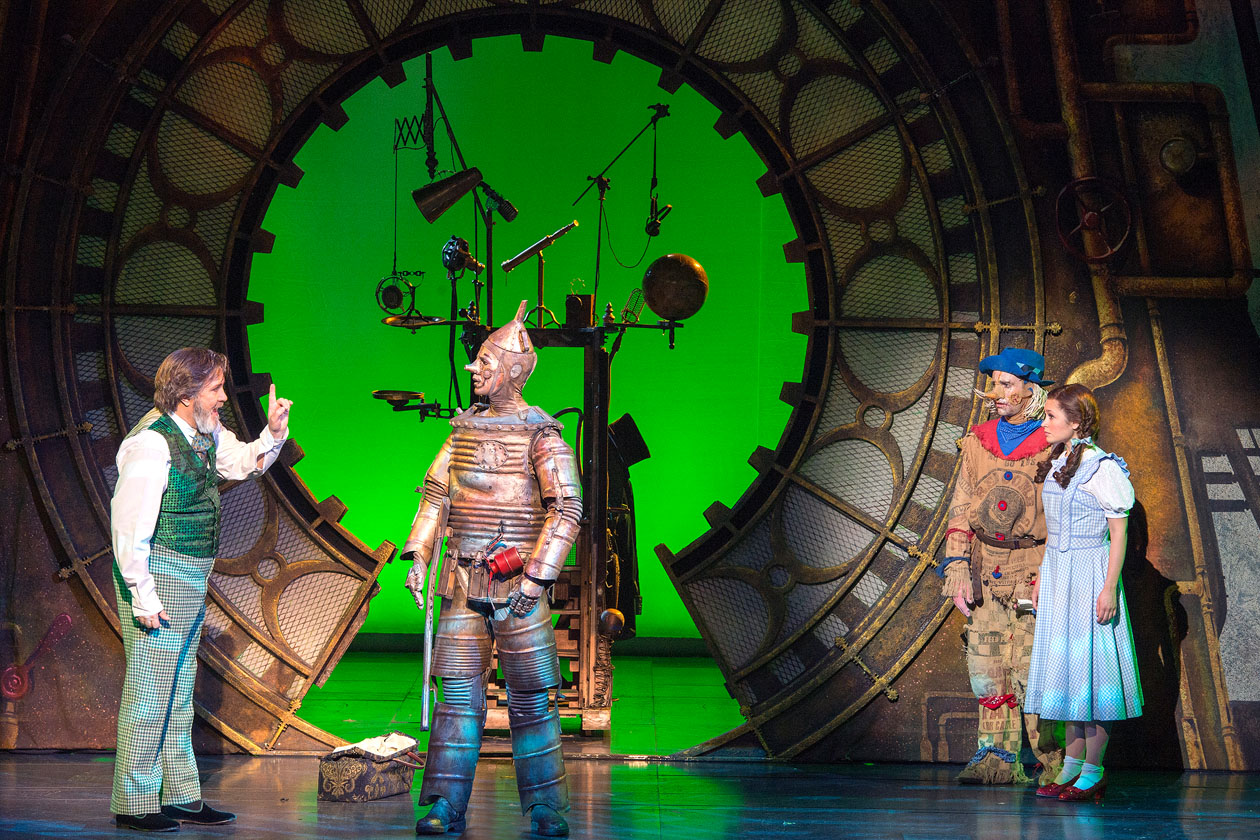 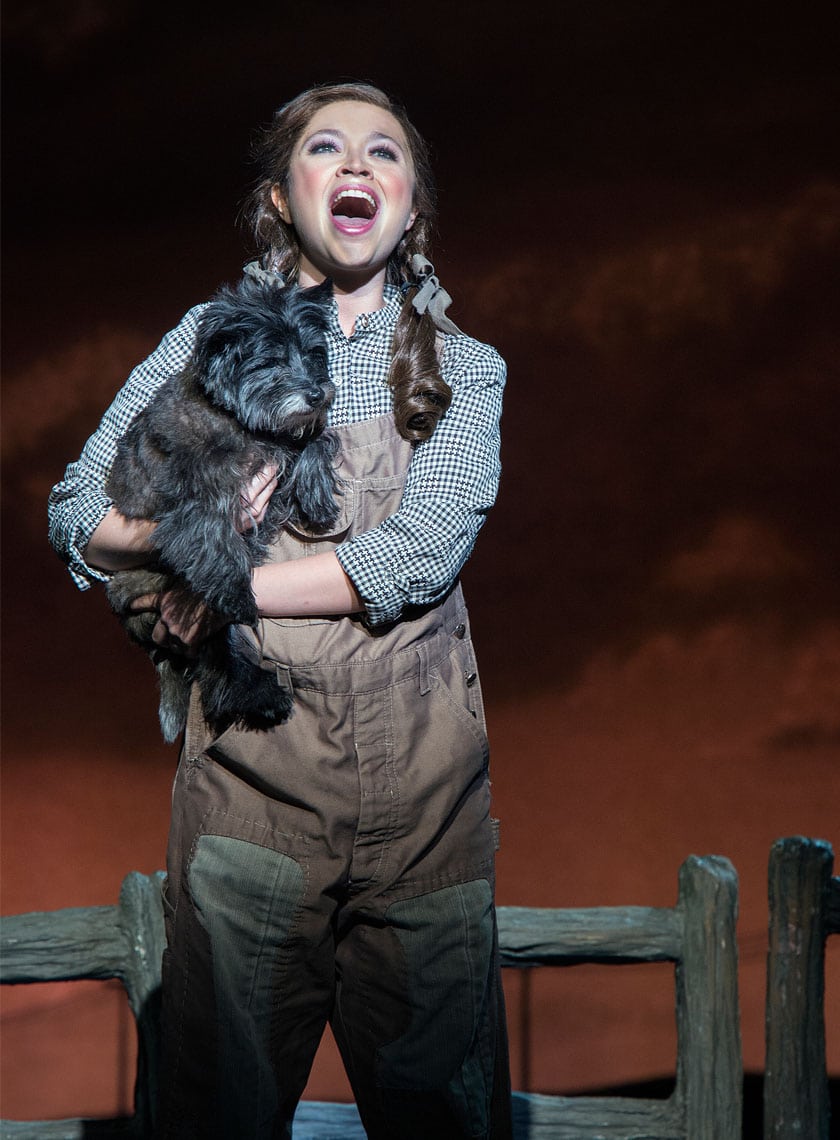 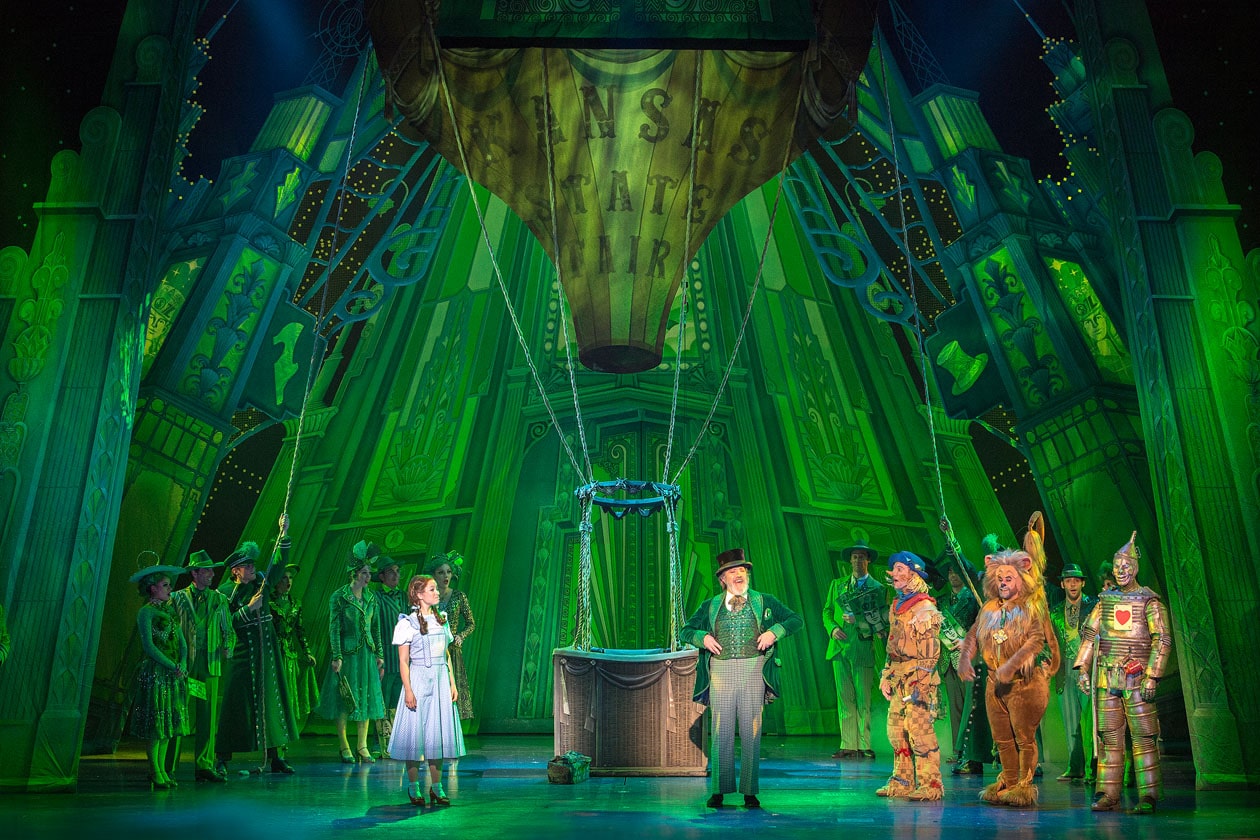 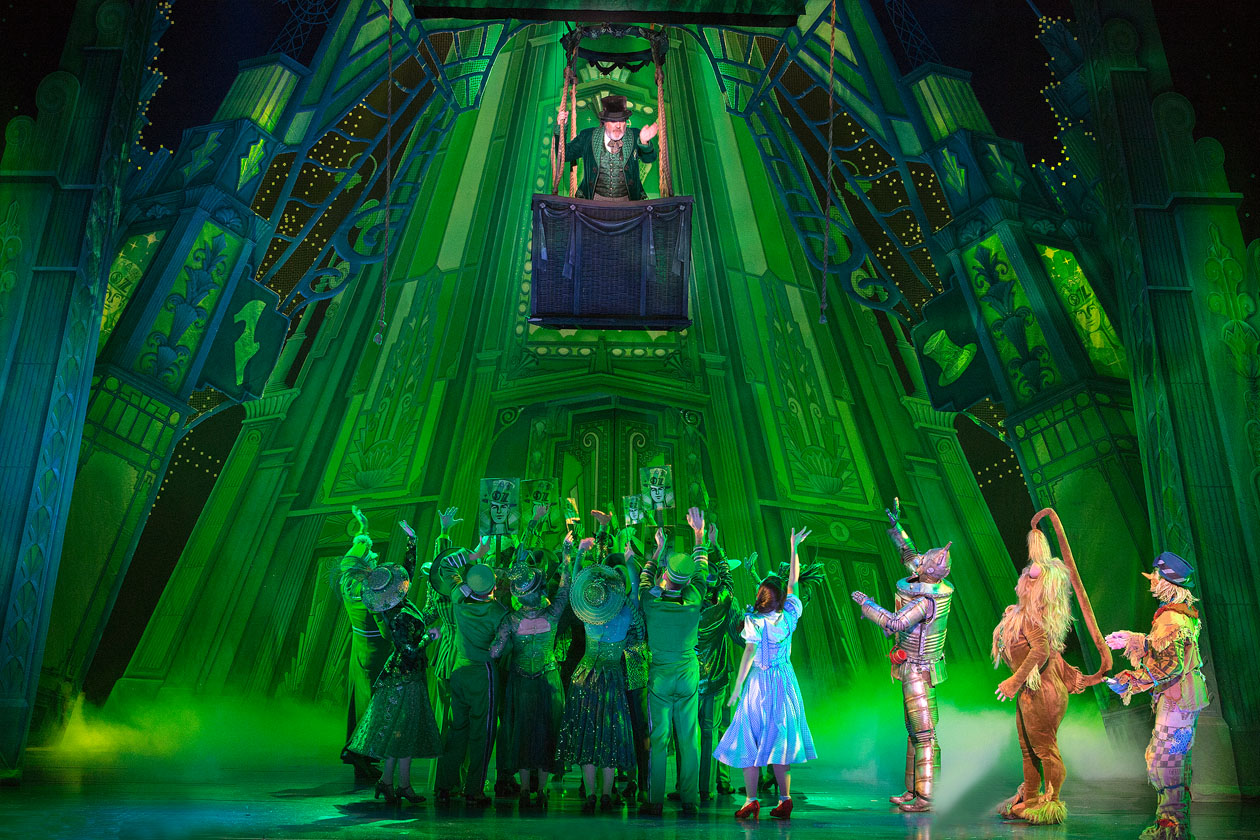 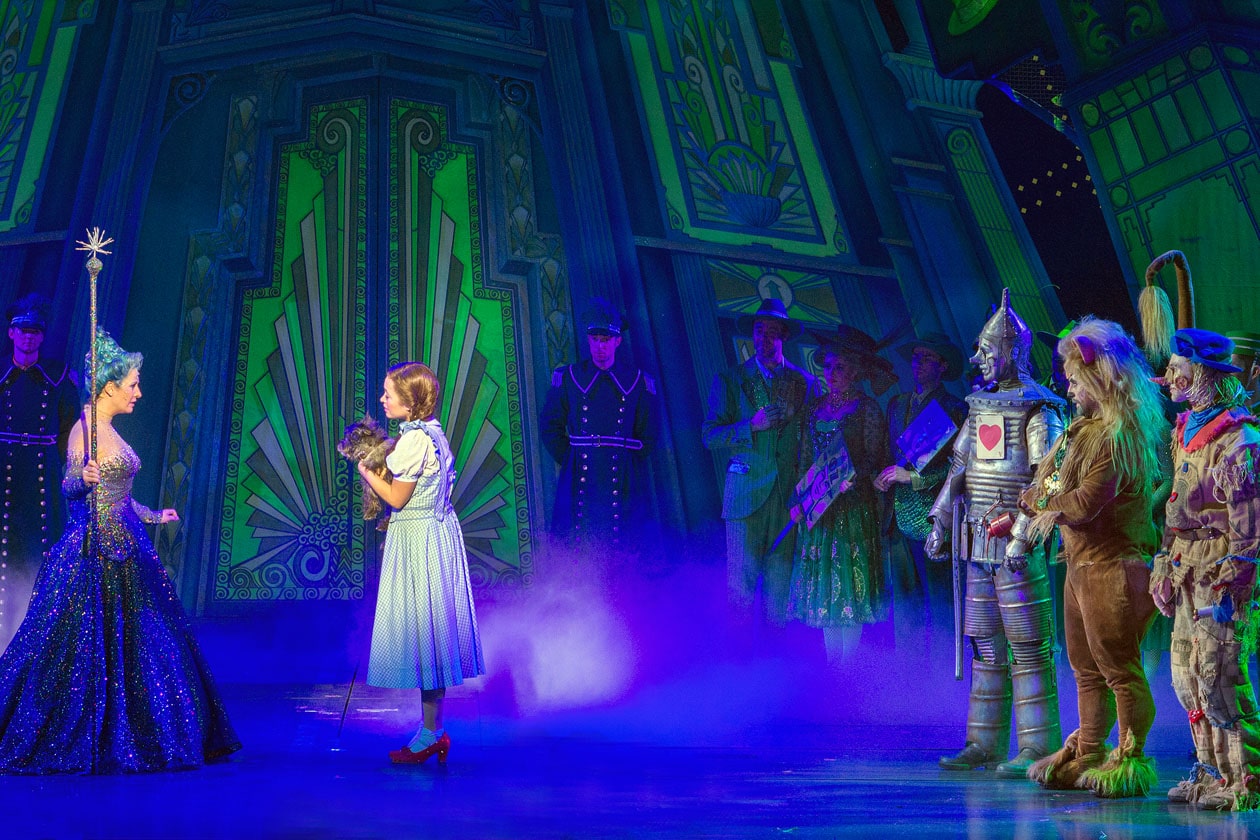 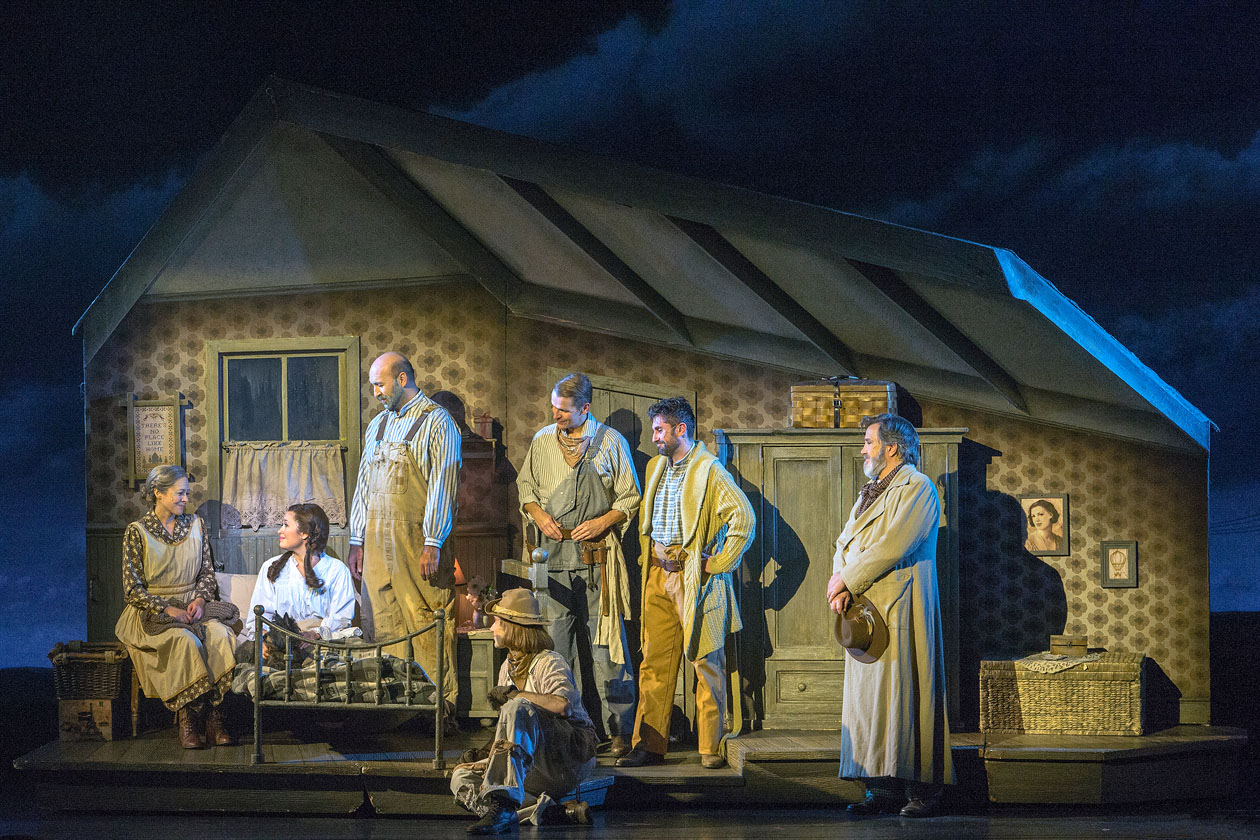 Leave your details or ask your question below and I’ll get back to you as soon as possible.

This website uses cookies to improve your experience while you navigate through the website. Out of these cookies, the cookies that are categorized as necessary are stored on your browser as they are essential for the working of basic functionalities of the website. We also use third-party cookies that help us analyze and understand how you use this website. These cookies will be stored in your browser only with your consent. You also have the option to opt-out of these cookies. But opting out of some of these cookies may have an effect on your browsing experience.
Necessary Always Enabled
Necessary cookies are absolutely essential for the website to function properly. This category only includes cookies that ensures basic functionalities and security features of the website. These cookies do not store any personal information.
Non-necessary
Any cookies that may not be particularly necessary for the website to function and is used specifically to collect user personal data via analytics, ads, other embedded contents are termed as non-necessary cookies. It is mandatory to procure user consent prior to running these cookies on your website.
SAVE & ACCEPT